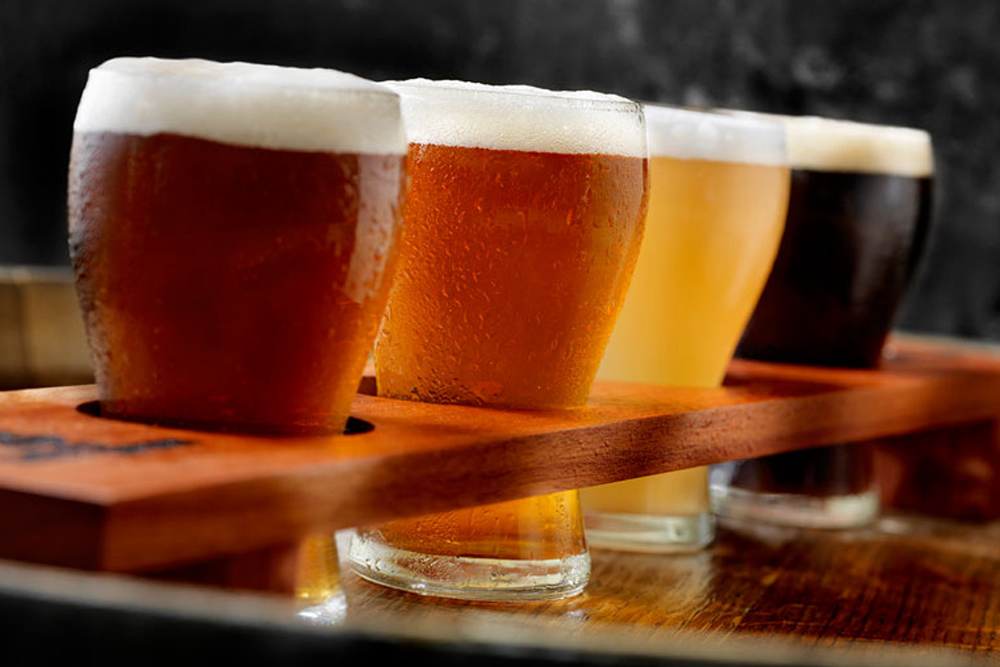 Whether you’re having wine or beer on the weekend, you still need to be careful with your drinking habits. Well, it’s a must since there are already 16.3 million US adults suffering from alcohol use disorder (AUD).

Conversely, the time you get drunk will also depend on the alcohol by volume (ABV) content of your drinks. Generally, a drink with a higher ABV will get you that buzz quicker. So which one has more alcohol, wine, or beer?

Without a doubt, wine has a higher ABV than beer, where the former is 12% while the latter is 5% on average. Therefore, if all conditions are equal, a person drinking a glass of wine will get more drunk easily than the one having a beer.

Beers are a highly versatile beverage among individuals since there’s a range of taste, aroma, color, and strength. On average, the alcohol by volume (ABV) content of beers is 5%, yet there are other beer types with higher ABVs reaching 13%.

Additionally, there are different kinds of beers and their strengths vary, so you can seamlessly choose which one to drink. Here are some it with their corresponding ABVs: 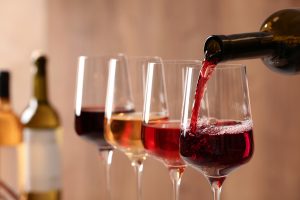 Typically, wines are served in social gatherings or corporate events, where its target customers are mostly women. If you attend these social events, you’ll usually have 5 fluid ounces of wine where its ABV is 12%.

On average, wine’s alcohol by volume content ranges from 5% to 23%, and it depends on what kind you’re having. Having said that, there are seven (7) types of wines in the market:

These wines are stronger than their white wine counterparts because of the higher sugar content of the grapes used during the fermentation process. Typically, the strength of red wine falls between 12% to 15%, where its average ABV is 13.5%.

This wine has a lower alcohol content since it uses those less ripe grapes for fermentation. On average, its ABV is between 5% to 14%, where most of it is having 10% alcohol content.

Considering it has less alcohol, you’ll tend to consume more to get that buzz. Moreover, you’re actually taking in more calories since you’re having more glasses than those stronger wines.

If there are light beers, then you also have wine coolers, which have lighter strengths and a more fruity flavor. Typically, its ABV is 4%-6%, almost similar to the popular light beers everyone orders in the pub.

If you have Stout for beers, then wines have their Port Wine drinks as their counterpart. Among the kinds of wines in the industry, this one is the strongest, where its ABV is 16% to 20%.

In terms of appearance, it has a dark red color and it’s pretty strong since it’s fortified with distilled grape spirits. Despite its strength, you’ll still feel its sweet and fruity scent and taste. 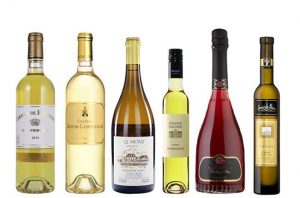 This wine type is similar to wine coolers and people love it because of its sweet and fruity flavor. The average alcohol content of sweet wines is lower than 10% ABV.

It has a lower alcohol content because most of its sugars are kept the same or not converted to alcohol during fermentation. Additionally, some of the popular sweet wines in the market are Sauvignon Blanc, Moscato, and Rieslings.

These wines are not intended for drinking, but we’re including them in the list. Their alcohol concentration ranges from 12% to 20% ABV, and they’re mainly used for cooking.

Is A Glass of Wine Stronger than a Beer? 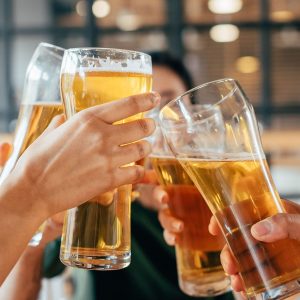 Basically, wine is 50% stronger than beer, so a glass of wine will give you that buzz faster than three bottles of beer. Also, the average ABV of wine is 12%, while beer is just 5%.

Conversely, beer is a more flexible drink among Americans and other cultures, while wine is usually offered on formal or elegant occasions. Nonetheless, you have the freedom to have either drink on a summer day or a cold night.

Will Drinking A Bottle of Wine Every Night Make You An Alcoholic?

There’s no straightforward answer to this, yet we can recall the concept of standard drink and the ideal alcohol consumption that won’t go to binge drinking.

Basically, if you’ll be finishing one bottle every night, you’re at risk of gaining alcohol dependence, which is the onset of alcohol use disorder (AUD).

If the time comes that you don’t feel normal without having a sip or glass of wine or beer, then you may already be an alcoholic.

Do You Want To Overcome Your Drinking Problems?

Overcoming your alcohol use disorder by yourself is never easy and safe since you can be biased and there’s no one to correct your wrong behavior.

Therefore, to make that worthwhile and effective, you need to talk to a doctor or addiction specialist regarding your alcoholism. These medical professionals will guide you in your personalized alcohol rehab treatment program.